e15 seating series HOUDINI and THIS THAT OTHER will be presented as part of a comprehensive solo exhibition featuring the work of contemporary German designer Stefan Diez. Coinciding with imm cologne 2017, the retrospective will be on show at MAK Cologne between January and June.

Focussing on key moments in the development processes of furniture, lights, accessories and industrial products, the comprehensive exhibition spans the last 15 years and showcases award-winning projects Stefan Diez developed for e15 as well as other brands such as Thonet, Hay and emu. Products are presented in individual cells which are joined up to form an overall spatial exhibition architecture, providing insights into thought and development processes driven by the designer’s consistent and often radical search for new ways.

Playing an essential role in the installation, chair family HOUDINI for e15 which launched in 2009, clearly reflects his experimental approach resulting in unexpected possibilities. Made from lacquered oak-veneered plywood, the series is characterised by couture construction methods, an expressive silhouette and distinctive colour palette. The exhibition features the finished product and its individual components as well as prototypes and mockups made during the development. Also on show will be Stefan Diez’ seating series THIS THAT OTHER from 2013 as well as a new family of tables for e15 which will see its official launch at Salone del Mobile 2017. The family named BANDIT consisting of a dining table, bistro table, high table and side table/stool is made from aluminium and steel and presents an intuitive addition to e15 collection. 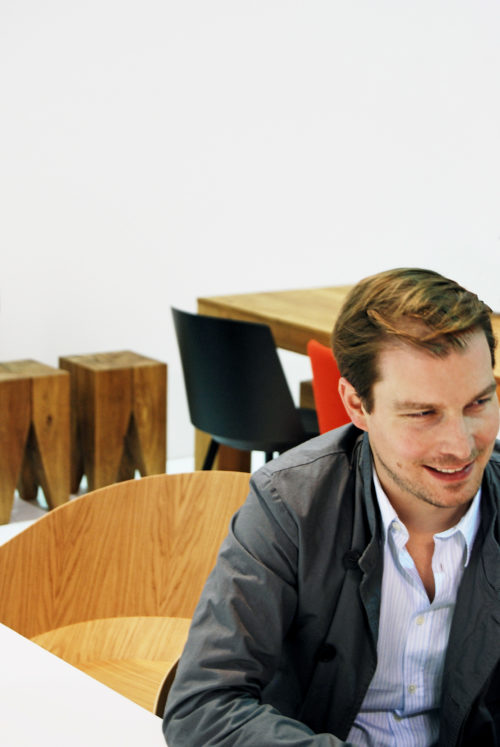